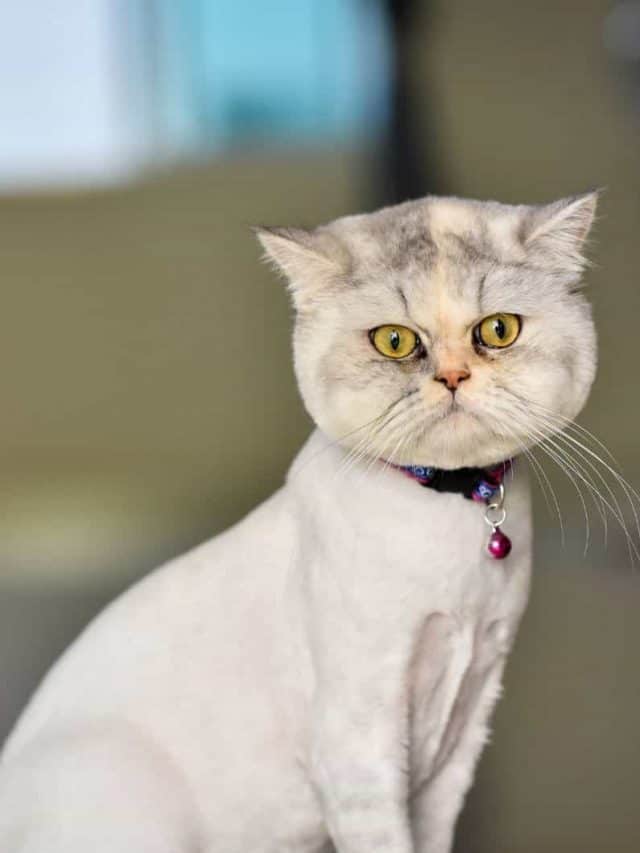 Will Your Cat’s Hair Grow Back? 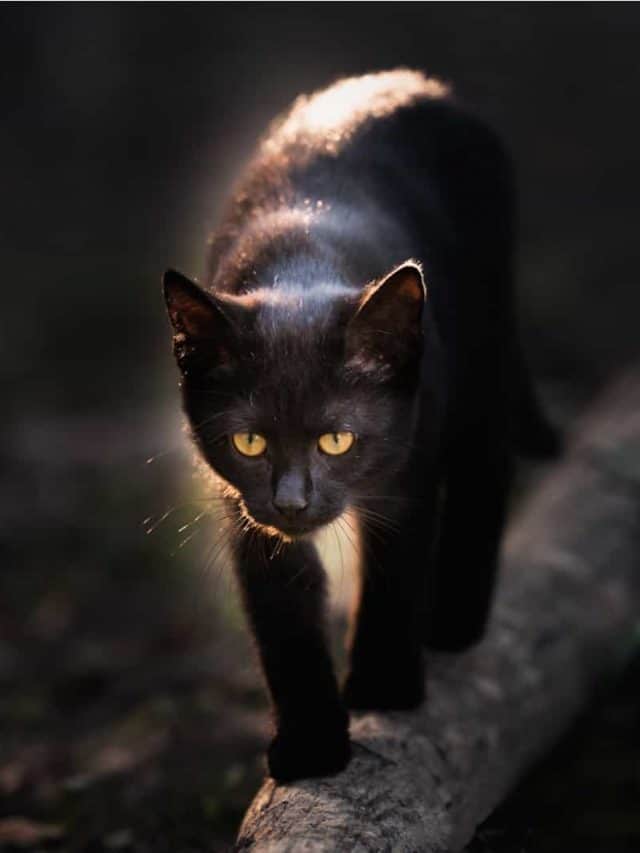 Will My Cats Spirit Visit Me? Is It Possible? 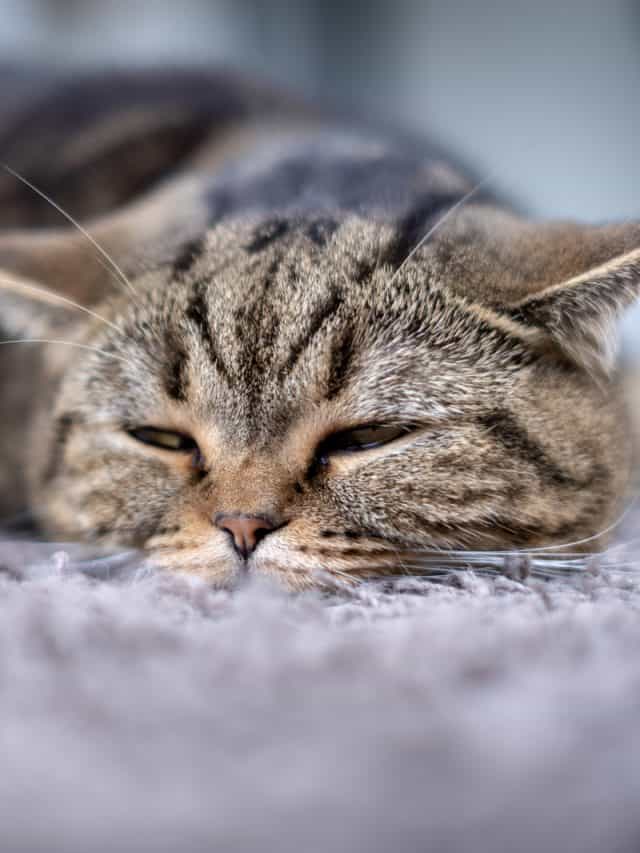 Why Is My Cat Purring Loudly? Adorable Reasons 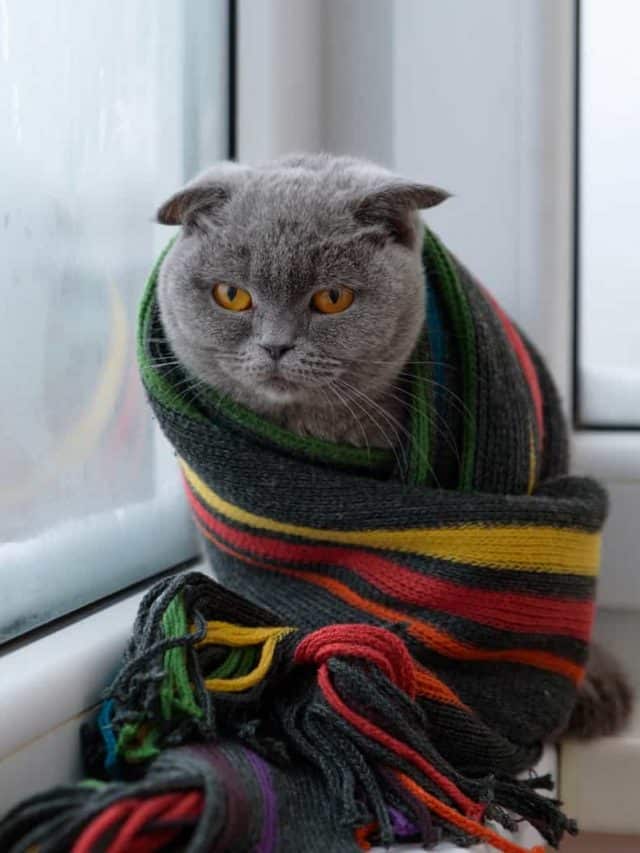 What’s A Cat’s Favorite Color? Here’s An Explanation
Cat owners are frequently concerned about their cats trying to hump (mate) with other cats, especially when same-sex cats try to do so. Many of them are mortified when this mounting tendency goes too far and their dog or cat tries to mount a guest’s leg.

Many certified cat breeders advise or even demand that their new pet parents neuter or spay their kittens when they reach a suitable age. The best time to neuter/spay your kitten is when they are eight months old.

It is typical for male cats to hump female cats, but they sometimes also hump other male cats, which is considered a display of dominance, especially among tomcats. When cats mount and bite one another for fun, it can escalate into sexual aggressiveness. If a male cat is showing dominance, either territorial concerns are at stake or they are fighting over a female cat.

Continue reading to learn more about neutered male cats’ behavior, including male cats ’ trying to mate with other male cats, and what to do to stop it. 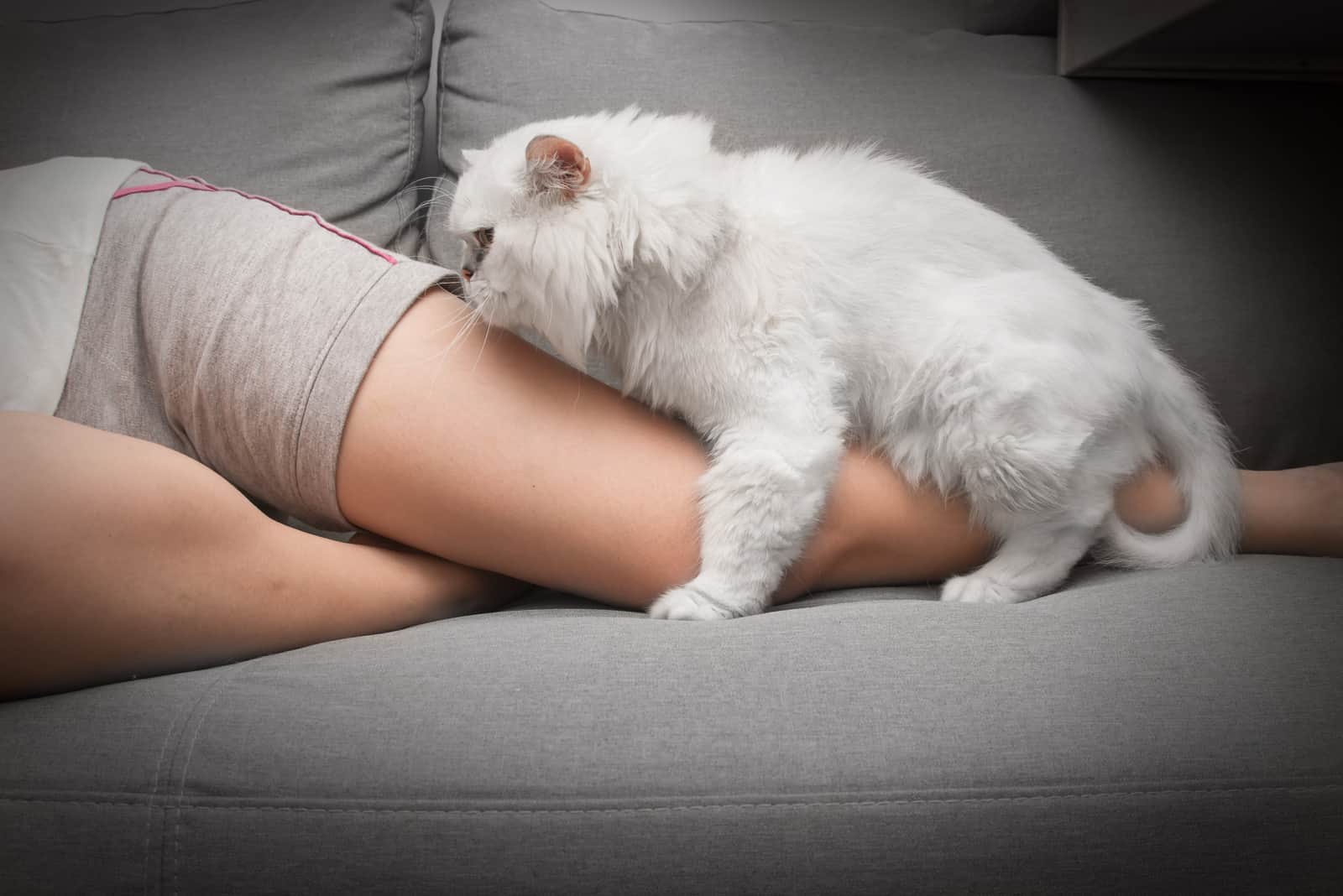 If we encounter this activity in a free-range habitat with intact cats, or if we watch it on a nature show, we recognize it as natural animal behavior. Many cat owners are concerned when they see a neutered male cat trying to hump a female or even another male cat. What’s even worse for human family members, is when their cats begin humping their legs or the legs of their guests.

When they’re neutered, most cats cease to behave this way.  However, the habit might not end right after castration surgery, and it might take weeks, sometimes months, or even years in certain circumstances. After neutering, testosterone levels drop dramatically, but the hormone remains there, just as a lower amount of progesterone remains in the female cat’s system.

Even after being neutered, male cats might become excited enough by the scent of a female cat in heat that they might try to mount her. Neutered male cats can also try to portray mounting behavior with spayed females.

Male kittens reach sexual maturity when they are six months old to 12 months old, whereas female kittens can reach it sooner at three months, until one year of age. It is better to neuter them as soon as possible because if you neuter/spay older cats, they are more likely to mount and try to mate with other cats, thinking that they still can.

According to veterinary behaviorist Nicholas Dodman, this might be due to the fact that female cats don’t smell like males. Because intact male cats can sense the odor of a female in heat from a long distance, even if females don’t emit the scent of being in heat, they can still emit enough scent that a male cat can be attracted.

If you let your neutered male cat out, he can come into contact with an unspayed female cat, and her scent can be enough to set off this kind of behavior. Some cats exhibit this mounting behavior toward items such as cushions or stuffed toys, while others engage in embarrassing behavior such as humping people’s legs. This behavior might indicate that the cat needs more attention and more productive outlets for its energy. 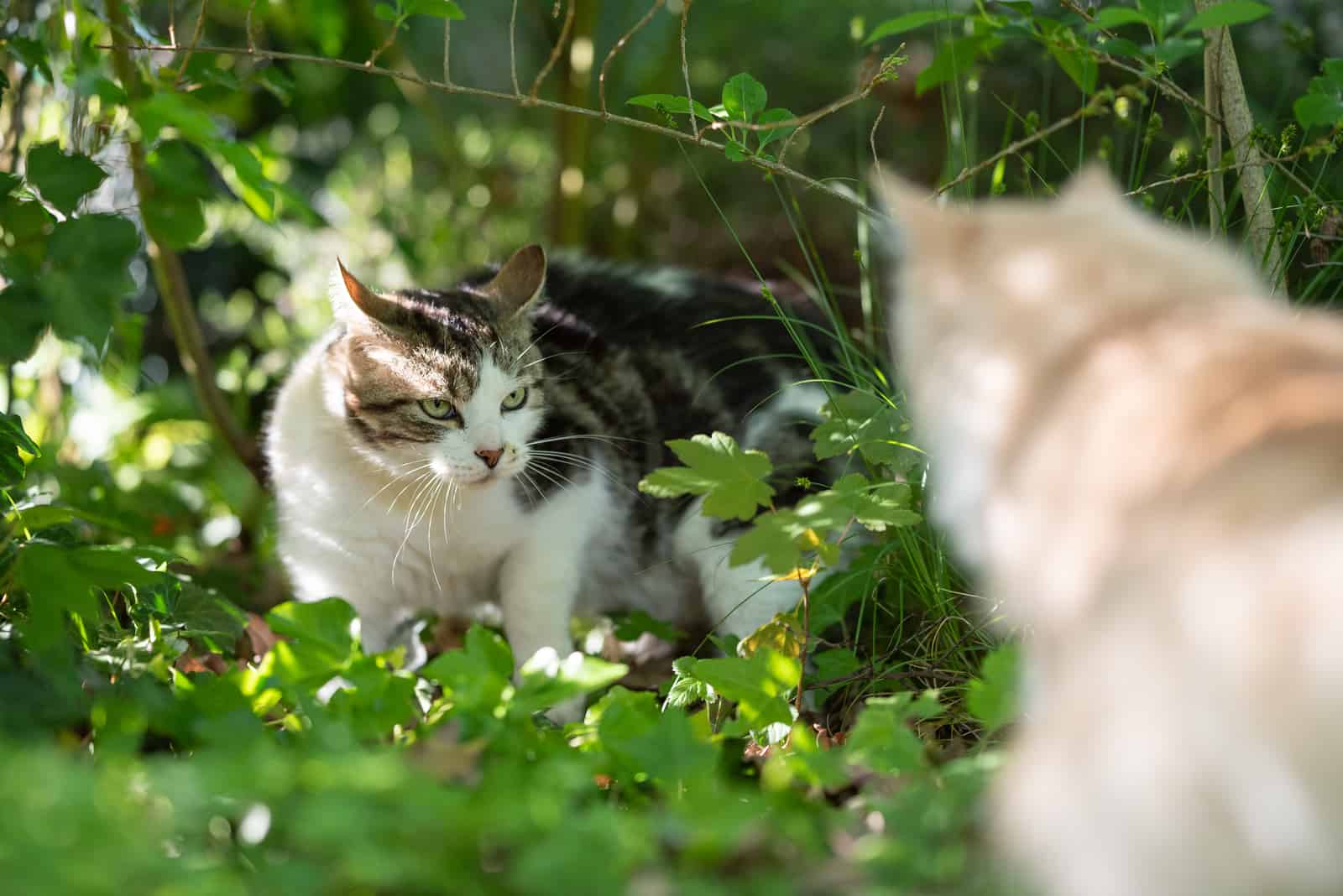 During mating season, territorial males grow increasingly irritated and possessive of their territories. This is partly because other males travel long distances with little territorial recognition, engaging with many groups of females.

Higher interaction between male cats can lead to increased inter-male aggressiveness, particularly when individuals share a living area. Irritability is reduced in a home or laboratory where tomcats cannot see or hear female cats in heat.

This intermale or sexual aggression, which is regulated by testosterone, can be violent and can dominate the sexual activity. The surroundings appear to be irrelevant, as the attack is not motivated by anything other than the actual presence of this other intact male cat. Following the initial episode of intermale contact, future meetings seldom include conflicts, and courting males do not fight in the presence of females.

This system normally provides an opportunity for all healthy male cats to mate a female in her heat cycle, with territorial males having the highest chance, especially during the initial mating. Certain territorial males refuse to allow other tomcats to mate in their territory or in their presence, causing the invader to leave or become a psychiatric castrate.

Neck biting is not a manifestation of aggressive male behavior. In reality, the male is highly inhibited from displaying violence against a female cat in heat, and the mating neck bite may be a hereditary variation of the neck bite their ancestors (wild cats) do as well.

The male’s bite seldom penetrates the flesh, and his balance is too far forward to indicate violence. The female’s low stance with raised hindquarters indicates a signal to mount rather than fight and is most likely responsible for the potent inhibition.

Can Male Cats Mate With Other Male Cats? 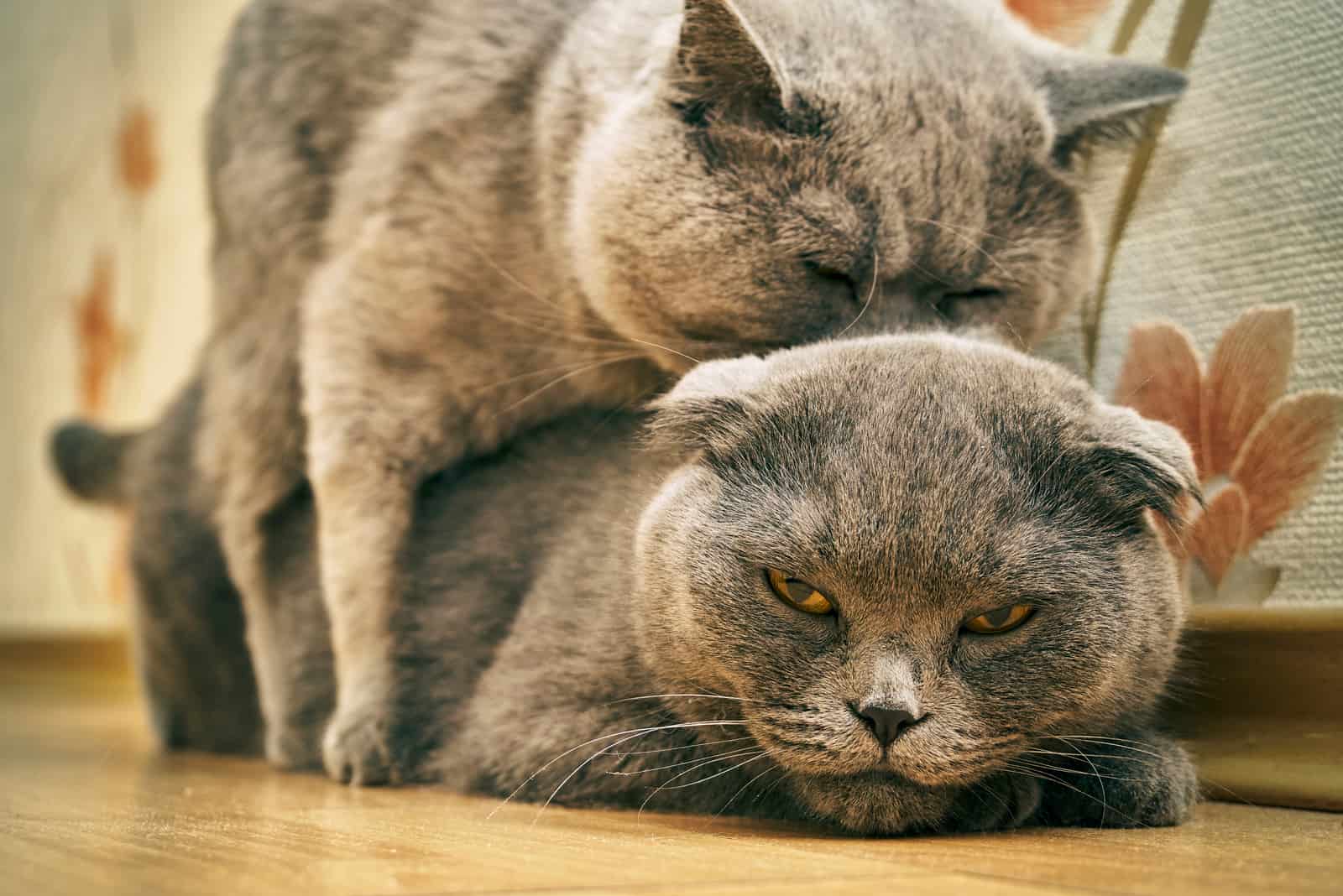 Cats’ sexual behavior is very different from human sexual and emotional behavior. Cats don’t exhibit the whole spectrum of emotions that people do, so we do not know exactly what they are feeling. Certain cats are, in a way, attracted to one another, and cats of the same gender appear to be sexually attracted to each other as well.

Sometimes a male cat will hump and bite another male cat’s neck, and cats commonly bite one another while playing, grooming, or displaying dominance. This might result in aggressive behavior when it comes to food, toys, or attention. This often happens when you bring a new cat into your home, and your old cat wants to assert dominance in the house.

Suggested: Wait A Meow-ment! Do Cats Mate With Their Siblings?

How To Stop Cats Mounting Each Other 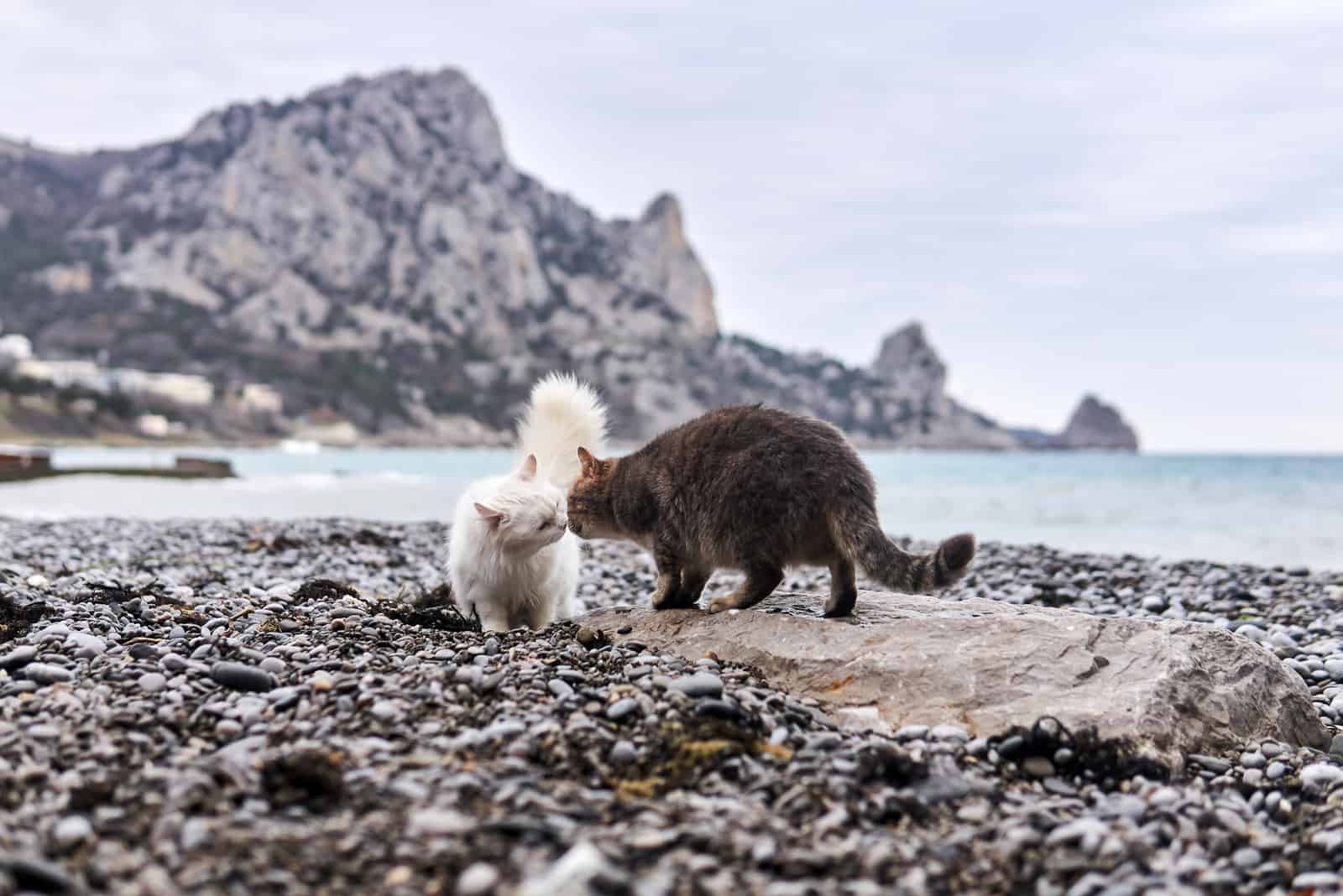 If there is a medical cause behind your cat’s humping ( pheromones left, UTIs present, etc.), the first step will be to treat the illness. Behavioral reasons might be a bit more difficult to identify. These require a thorough awareness of the cat’s behavior in order to work with your cat’s natural impulses.

Consulting with your veterinarian is a must! But here are some tips on what you can do to reduce or put an end to your male cat trying to mate with other males, or mounting people’s legs, and so on.

🐾 Distract your cat; if you notice that your cat is about to mount or hump another cat, clap your hands or throw something on the floor, i.e. make any loud noise. You can also try and put your cat’s toy in front of him, so that he’ll try and hump that instead of your other cat, and eventually, he should stop humping toys as well.

🐾 Giving your cats extra space to expand their territory can also help. Cats enjoy climbing, so consider buying different cat trees and/or window perches so each cat has their own privacy when needed. Installing raised paths or tunnels for your cats to explore can also be entertaining.

🐾 You might also have to provide each cat with its own litter box. Place food and water dishes in different spots so that they don’t compete for them. You should also follow the “two plus one” litter box rule, which states that you always need to have an extra litter box, so add one box to the number of cats. Also make sure that the litter boxes aren’t in the way of each other, to reduce tensions and provide some privacy for each of your indoor cats. 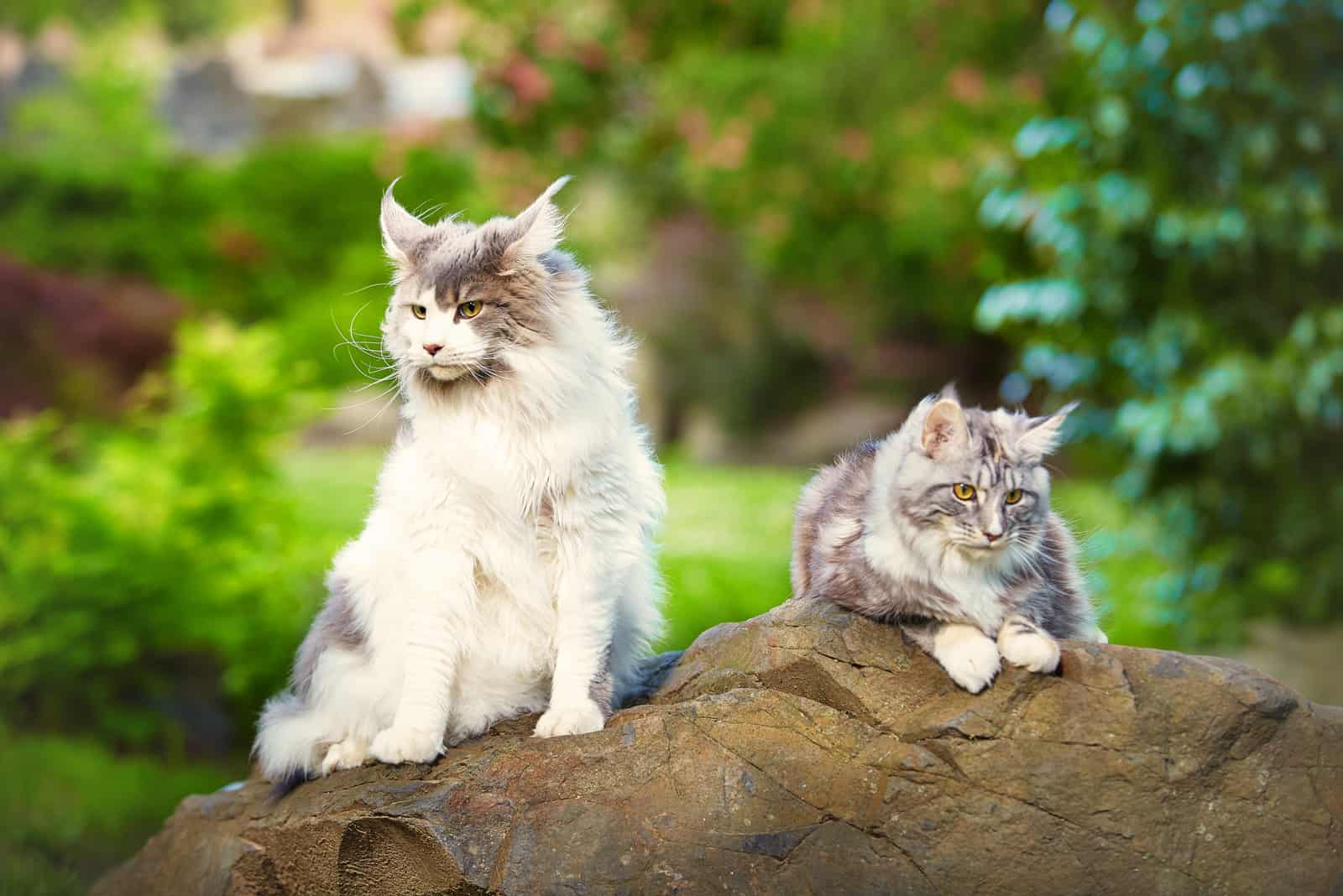 Pet owners often worry about their pets mounting other pets, be it dogs or cats. Many of them are embarrassed when this mounting behavior crosses the limit and their dog or cat starts mounting their guest’s leg.

Many registered cat breeders suggest or even require that their buyers neuter / spay their kittens when they are the appropriate age. The optimal time to neuter/spay your kitten is when they’re eight months of age.

So can male cats mate with other male cats? No, they cannot. But male cats will try and mate, mount, or hump another male cat. Intact male cats and, especially, neutered cats do this. Even after being neutered, male cats might become excited enough by the scent of a female cat in heat and they might try to mount her.

It’s not unusual for male cats to hump female cats, but they may also try and hump other male cats, which is an act of dominance, especially among territorial tomcats. Cats mount and bite each other when they’re being playful, but it can turn into sexual aggression if a male cat wants to assert his dominance, if there are territorial issues at stake, or if they‘re fighting over a female cat.

Hopefully, this answers your question and you’ve satisfied your curiosity and calmed your concerns considering this topic, and the question can male cats mate with other male cats . Check out some of our other articles on cats’ sexuality and health which are linked below.

🐾 Can Cats And Dogs Have Babies? Things You Need To Know!

🐾 Can Cats Be Gay? Lesbian? Bisexual? Find Out Now

How Do Cats Mate? A Full Guide To Feline Reproduction

[…] Suggested: Can Male Cats Mate With Other Male Cats? Explanation Below! […]

Can Cats And Dogs Have Babies? Things You Need To Know!

[…] Can Male Cats Mate With Other Male Cats? Explanation Below! […]